A Message from Our Executive Director Leslie A. Ito

The deadly shootings in Atlanta and the countless attacks on Asian American elders in communities across the nation have saddened me and triggered memories. As a child, I remember walking through a store and being told to go back to my own country by a couple who found joy in their assertion. In college, I was threatened by a man mumbling about the KKK in a Massachusetts Amtrak station. In the last two years, I recall subtle microaggressions—welcoming me to Pasadena (my family has lived in Pasadena for over 75 years), thanking me for having a name that was simple to pronounce, and praising me for my command of the English language. While not violent, these seemingly benign interactions have burdened me layer upon layer.

Senseless acts of hate over the past several months have only added to the long history of violence and racism experienced by Asian Americans that mostly goes unnoticed, unrecognized, and many times unreported. Just two blocks from the Armory, an elderly Asian American couple in their 80s were brutally attacked on the morning of December 29, 2020. The woman, Pui Gee Ng Lee, later died of head injuries. It's hard to believe that the couple’s race was insignificant at a time when reported hate crimes against people of Asian descent are up 150%, fueled by the prior administration’s insistence on referring to and ultimately blaming the pandemic on China.

The throughline in all of these incidents is about belonging. Harmful, simplified myths about Asian Americans have been created and reinforced in American culture, leading to a constant, intergenerational sense of being “othered,” or being a perpetual foreigner. Those narratives were used again to scapegoat Asian Americans in this pandemic. In reality, we are a diverse community of people whose immigration histories are both recent and span over 400 years. Asian Americans lived experiences including surviving refugee camps, battling extreme poverty, and enduring unjust incarceration during World War II, like my family experienced.

At the Armory, we’ve been having our own conversations about belonging. What does it mean to belong? How do we welcome diverse audiences to the Armory? How do we build a warm, engaging, and creative environment? How do we move beyond saying "we welcome all people" and create a space where our diverse constituents feel that they belong, have a sense of authentic connection, and a voice to provide meaningful feedback to the organization?

The language we use, the personal connections we build, and the programs we host must reflect a human touch that all can relate to. We must strive to recognize stories and experiences of communities that have been otherwise voiceless, unrecognized, and silenced. As an arts and cultural institution, the Armory has a responsibility to recognize these histories. arts are a poignant way to fight negative stereotypes and build bridges between communities.

As we mentioned in our statement after the death of George Floyd and Anthony McClain, we know that words are not enough. It is only in our actions and our commitment to cultural equity and inclusion that we, in unity with others, will be able to create transformative, systemic change.

The Armory is committed to supporting the Asian American Community. Here are some of the resources our team have been using to become more informed, effective allies:

Lastly, I ask that we all take moment to remember the eight people who were senselessly murdered in Atlanta, and that we hold their memories and families in the light:

May They Rest in Power, 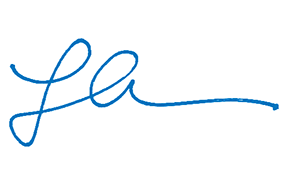 Leslie A. Ito, Executive Director
Armory Center for the Arts