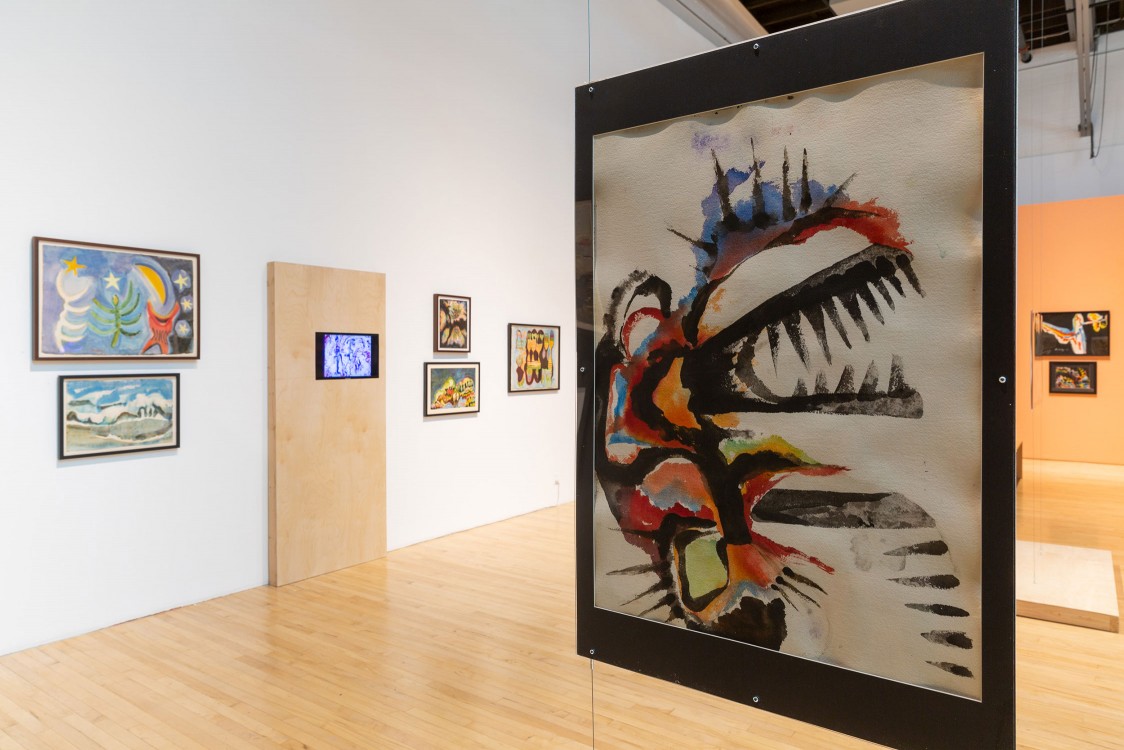 Sara Kathryn Arledge: Serene for the Moment discloses the brilliance of one singular artist who never should have been forgotten.
— Artillery Magazine

A stunning example of exhibition as advocacy.
— Hyperallergic

A veritable marriage of painting and filmmaking
— CARLA

In this exhibition, abstraction is an entry point to consider daily encounters marked by abundance, loss, transcendence, and a dream-like passage of time. An under-recognized painter and innovator of mid-20th century experimental cinema, Sara Kathryn Arledge (1911-1998) was a prolific artist who emphasized the eerie in the mundane and the disorienting in the beautiful. Arledge worked at the margins of art history, shaping her practice with idiosyncratic personal myth. She is considered a pioneer of ciné-dance (dance made uniquely by and for the medium of film) and was one of the first to film dance movement to “extend the nature of painting to include time.” The exhibition includes over 60 of Arledge's vivid works on paper, seven short films, and a selection of hand-painted glass transparencies. The work quietly suggests that subjective, “alternative” normals are equally legitimate.

Now available for purchase, this first extended monograph on Sara Kathryn Arledge is lavishly illustrated with previously unseen works on paper, hand-painted slides, and film stills, bound in cloth, and features the innovative use of papers of multiple weights, textures, and colors.

Sara Kathryn Arledge: Serene for the Moment has been produced with generous support from the Pasadena Art Alliance, with thanks to the Sara Kathryn Arledge Memorial Trust. In conjunction with the exhibition, a book will be published by Armory Press, an imprint of the Armory, and X Artists Books, with generous support provided by the Hillenburg Family.