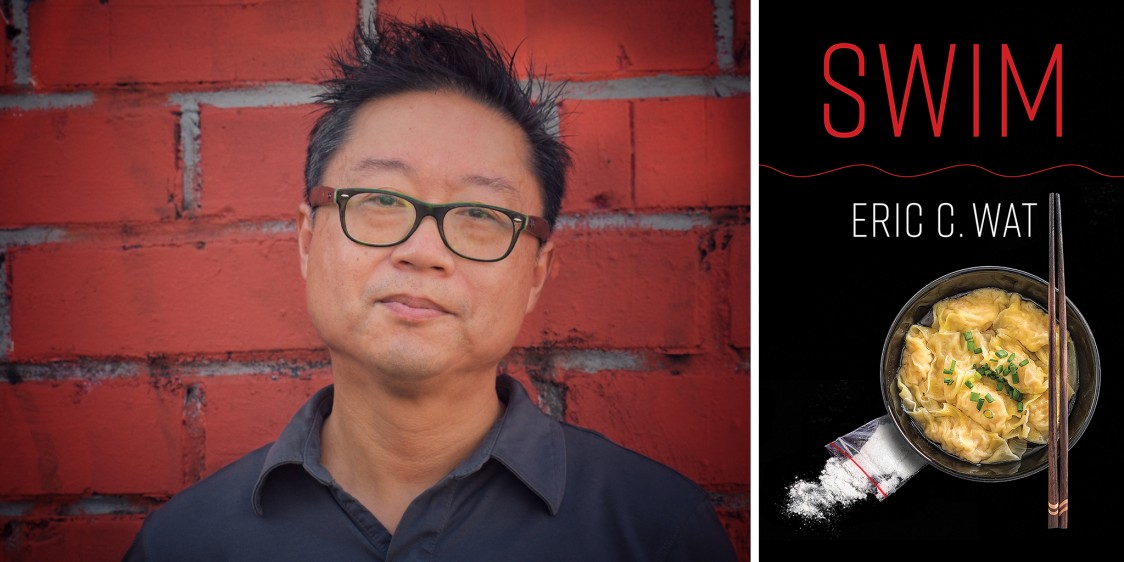 Please join us in celebrating the launch of Eric C. Wat's debut novel SWIM with a conversation between the author and Diep Tran, chef/owner of Highland Park's beloved Good Girl Dinette. One critic describes SWIM as "part of a growing set of novels...that are pushing the boundaries for queer Asian American representations." Eric and Diep will discuss queerness and innovation, their uneasy relationship with "traditions," and finding good food in the San Gabriel Valley. Copies of SWIM will be available for purchase at the event.

About SWIM
Carson Chow is a high functioning addict. For years, he's been able to meet the increasing demands from his aging immigrant parents, while hiding his crystal meth use every other weekend. One Friday night, as he's passed out from a drug binge, he misses thirty-eight phone calls from his father, detailing first the collapse and eventually the death of his mother. Carson has always been close to his mother; he was the only person she confided in when his father had a one-night affair with her younger sister twenty years ago. For the following two weeks, he throws himself into the preparation of his mother's funeral, juggling between temptations and obligations. Sometimes slipping into relapse, his efforts are thwarted by a stoic father who is impractical and unable to take care of himself, a grandmother suffering dementia, a sister with a failing marriage, and a young niece with unknown trauma that can be triggered by the sound of running water. He tries to find support from his ex, Jeremy. Now clean and sober, Jeremy rebuffs him. As Carson assumes his mother's caregiving role, her secret resurfaces and now haunts him alone. Will this tragedy plunge him deeper into his abuse or finally rouse him from his addiction stupor?

About Eric Wat
Eric Wat has been active in struggles for LGBT, immigrant, and workers' rights for more than two decades. His short stories and essays have appeared in various anthologies and journals. He is the author of The Making of a Gay Asian Community: An Oral History of Pre-AIDS Los Angeles (2002) and is currently working on a follow-up book on AIDS activism in the Asian Pacific Islander communities. SWIM is his debut novel. He lives and writes in Los Angeles.

About Diep Tran
Diep Tran was the chef/owner of Good Girl Dinette from 2009 to 2018 (which was named one of the essential Los Angeles restaurants by the late Jonathan Gold) and is now the Research & Development Chef at Red Boat Fish Sauce. As a chef, she has been featured on Los Angeles Times, New York Times, KCET's The Migrant Kitchen, Lucky Peach, Evan Kleiman's Good Food, and David Chang's Netflix show Ugly Delicious. She continues to be an ardent advocate for pay equity in the restaurant industry. Before her culinary career, Diep was a staff member at the Asian Pacific AIDS Intervention Team and then Khmer Girls in Action in Long Beach. She was also an active member of Ô-Môi, a Vietnamese queer women and transgender support network in Southern California. Her poetry and other work appeared in Q&A: Queer in Asian America and Watermark: Vietnamese American Poetry & Prose.