Against Eden: A Threshold Conversation with Luis “xago” Juárez and Enid Baxter Ryce

Please join us for "Against Eden," a threshold conversation between Luis "xago" Juárez and Enid Baxter Ryce as they discuss organizing, immigration, agriculture, and art in California’s Salinas Valley. In conjunction with From the Ground Up: Nurturing Diversity in Hostile Environments, part of the Getty's 2024 Pacific Standard Time initiative.

Luis “xago” Juárez is a community storyteller and neighborhood organizer who grew up in East Salinas, an immigrant community of agricultural laborers in California’s Salinas Valley. Juárez began his theater career in 1990 with a summer workshop with El Teatro Campesino, the Latinx theater company founded on the picket lines of United Farmworkers Union. Juarez has worked in community arts in California’s Salinas Valley with groups such as Baktun 12, an East Salinas theater and media arts organization; Teatro Visión, a Chicanx community theater company in San Jose; and the Oakland- based guerrilla performance group headRush, all of which he helped co-found. Following in the documentary theater tradition, Juárez’s series of three reAlisal plays are based on interviews with nearly 40 residents of East Salinas, whose stories inform the characters of the plays. He recently completed IYA The Esselen Remember, a powerful script that addresses past and present issues surrounding the Ohlone/Costanoan-Esselen Nation.

Enid Baxter Ryce is an artist, filmmaker, and musician specializing in large-scale collaborative participatory projects that communicate a sense of place across the disciplines of art, science, and history. She has won numerous governmental and foundation awards and grants for her work as an artist, community- builder, and arts educator — including a recent, major, National Institutes of Health STEM-through-the-Arts grant, on which she is serving as one of two principle investigators, and which focuses on bringing state-of-the-art environmental health education to youth in agricultural communities. Ryce has created multi-year, community-based environmental arts projects for multiple festivals, conferences, and for the Philip Glass Center for Arts, where she is the Community Outreach Director. Her artworks have been featured in exhibitions at museums and art centers around the world. Enid Baxter Ryce is Professor of Cinematic Arts and Environmental Studies at California State University Monterey Bay. 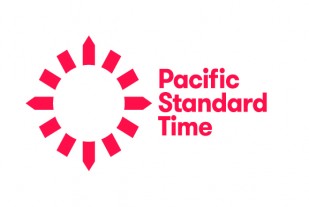