how we are in time and space: films and videos by Nancy Buchanan, Marcia Hafif, Babsi Loisch, and Jennifer West 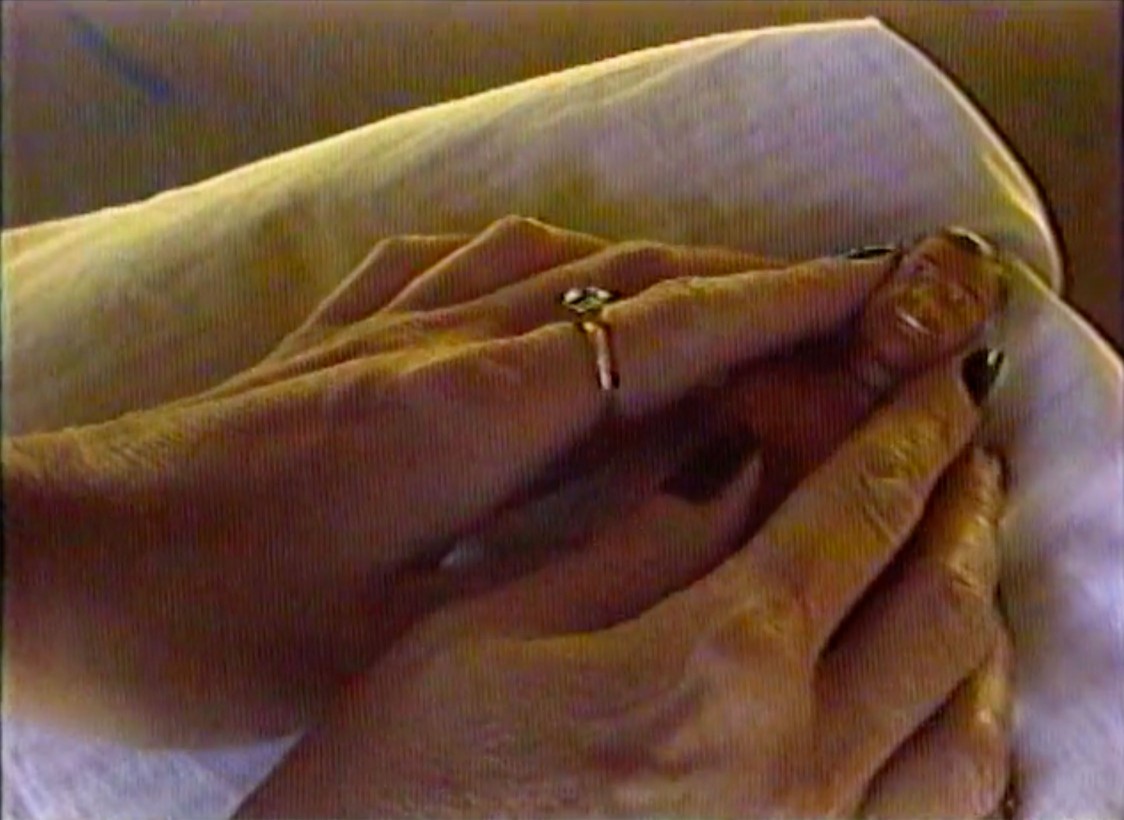 This virtual event brings together four artists and their works for an intergenerational dialogue. The videos/films to be discussed are available to watch from May 14 through May 28. This virtual event is free and open to everyone. Please RSVP to receive your Zoom link. Presented by the Armory and Los Angeles Filmforum, this conversation will be moderated by curator Michael Ned Holte.

About the Artists
Nancy Buchanan is an artist whose work has been shown in exhibitions at the Museum of Modern Art, the New Museum of Contemporary Art, the Museum of Contemporary Art Los Angeles, the Centre Pompidou, the Getty Research Institute, and in four Getty-sponsored Pacific Standard Time exhibitions. She was the subject of a solo screening of her videotapes at REDCAT in 2013. Buchanan is the recipient of four National Endowment for the Arts Individual Artist grants, a City of Los Angeles Cultural Affairs (COLA) grant, and a Rockefeller Fellowship in New Media. From 1988-2012, she taught in the Film/School at CalArts; she worked with community activist Michael Zinzun on his cable access show Message to the Grassroots for ten years; as a member of Zinzun’s LA 435 Committee, she traveled to Namibia to produce a documentary about that country’s transition to independence from the Republic of South Africa. Buchanan lives and works in Los Angeles.

Marcia Hafif (1929-2018) was born in Pomona, California. After graduating from Pomona College in 1951, she settled in Rome, where she remained for almost eight years. Returning to California in 1969, and leaving painting for a time to experiment with film, photography, and sound installation, she completed an MFA at the University of California at Irvine. For the past four decades she divided her time between Laguna Beach and New York City. Hafif’s work has been exhibited extensively in museums, notably at MoMA PS 1; Haus für Konstruktive und Konkrete Kunst, Zurich; FRAC Bourgogne, Dijon; and MAMCO, Geneva. Hafif was the subject of solo survey exhibitions at Laguna Art Museum, 2015; the Kunstmuseum St. Gallen, 2017; and Kunsthaus Baselland, 2017. Surveys of her work in film and video have taken place at Lenbachhaus, Munich, in 2018, and the Tate, London in 2019. She died in 2018, a few months before the opening exhibition Marcia Hafif: A Place Apart at Pomona College Museum of Art.

Babsi Loisch is an interdisciplinary artist based in Hawaii and Los Angeles. She was born in Vienna, Austria. She holds a MPhil in Social and Cultural Anthropology at the University of Vienna, a BFA in Photography from the Glasgow School of Art, an MFA in Art from the California Institute of the Arts. Loisch’s work addresses the body as the simultaneous site of production, care, and labor. Her final exhibition at CalArts included video, drawings, and sculpture, all produced in the first months after giving birth and while working in the institute’s designated Lactation Room, a shed created to comply with state law. She subsequently presented a lactation project for Palms Park for the food-themed CurrentLA 2019 public art triennial. With Fiona Yun-Jui Chang, Loisch organized the curatorial project Homework at ArtCenter DTLA in 2020. She has participated in exhibitions and events at LACE, Los Angeles; Armory Center for the Arts, Pasadena; RedLine, Denver; and Video Social Club, Plymouth, UK.

Jennifer West works primarily with moving image and engages its material and cultural histories, often alongside consideration of feminist art and film legacies, in exhibitions, performances, and talks. Born in Topanga, California, West lives and works in Los Angeles. She received an MFA from Art Center College of Design in Pasadena, California, and a BA with film and video emphasis from Evergreen State College in Olympia, Washington. She has lectured widely on her ideas of the “Analogital” and is an Associate Professor of the Practice of Fine Arts at USC’s Roski School of Art and Design. Her writing has appeared in Artforum, Frieze, and Mousse. West has produced eleven Zine artist books which were recently acquired by the Getty Museum. Her significant commissions include Seattle Art Museum, Seattle, 2016-2017; Institute of Contemporary Arts, Art Night, London, 2016; High Line Art, New York, 2012; Aspen Art Museum, Aspen, 2010; and Turbine Hall at TATE Modern, London, 2009.

Michael Ned Holte is a writer, curator, and educator living in Los Angeles. His most recent exhibition is how we are in time and space: Nancy Buchanan, Marcia Hafif, Barbara T. Smith at Armory Center for the Arts, Pasadena. He organized Routine Pleasures at the MAK Center for Art and Architecture at the Schindler House, Los Angeles, and edited a companion publication of the same title in 2016. With Connie Butler, he co-curated the 2014 edition of Made in L.A. at the Hammer Museum. His writing has appeared in print and online periodicals such as Artforum, Art Journal, East of Borneo, Poetry, and X-Tra, as well as numerous exhibition catalogs and publications. Since 2009, Holte has been a member of the faculty of the Program in Art at CalArts, and he currently serves as an Associate Dean of the School of Art.

In Marcia Hafif’s half hour video, Letters to J.-C. #6, (1999), the artist recites a letter to J.-C. (her friend Jean-Charles Masséra) about a trip to Coney Island. Hafif takes in the city with a fixed frame and long takes, observing passerby, traffic, subway riders, amusement park attractions, the market, and the beach, among other subjects, recalling the city symphony genre. (Hafif moved to New York City in 1971, and maintained an apartment and studio there until her death in 2018.) Much like her earlier Super 8 film Notes on Bob and Nancy (1970-7), which appears in how we are in time and space, Hafif’s narration is intimate and direct; the narration for this video is taken from a series of letters written to J.-C. over the course of six months in 1991. We do not know if they were actually sent nor if they were answered. The video was presumably made years after the letters were written, as a kind of tracing of the text. All of Hafif’s work, including the monochrome paintings for which she is best known, is a record of observation, with the artist as both witness and interlocutor.

Making its premiere, Babsi Loisch’s video can’t put it back (2022) is a meditation on time and wonder during the pandemic. Shot in Hawaii, where the artist and her family moved during Covid, the video centers on the experiences of two children as they investigate the world, its sensuous pleasures and its cruel mysteries: The title of the video is provided by one of the children, who comes to terms with the loss of a flower petal that can’t be mended. In the artist’s words, “It has the logic and aesthetics of a homevideo, it's a witness to the boredom and the sweetness, the exploration, repetition and experimentation that are kind of the pillars of the crumbling parenting of little children during a pandemic.” The video extends the artist’s ongoing interest in care and maternal labor as “nearly invisible in the context and discourse of contemporary art.” Seemingly casual, the unhurried video subtly captures the strange rhythms of daily life, punctuated by children’s drawings and “unexplainable mouth sounds.”

Nancy Buchanan’s Webs (1983) continues thematically and stylistically from two videos by the artist, Primary and Secondary Spectres (1979) and An End to All Our Dreams (1982), both included in the exhibition how we are in time and space. In Webs, Buchanan’s gentle but unsettling voiceover narration ensnares the viewer, as a montage of images shuttles between grim reality and a more nightmarish dreamspace, connecting the loss of sexual innocence to a larger world of disappointment and ecology of disaster. Flight (2008) examines issues of patriarchal violence against women, particularly in the treatment of women in Kurdistan, Iraq. it includes a performance by the artist Anne Bean. California Stories (1983), made while the artist was teaching the University of Wisconsin-Madison, provides a chorus of local subjects, male and female, young and old, offering strongly held opinions about California, almost entirely observed from afar, often through popular media. Buchanan’s pervasive but cutting sense of humor unites the two videos, both offering a trenchant critique of prevailing social mythologies and our collective perpetuation of them.

In conversation with the exhibition, how we are in time and space, Jennifer West selected two of her existing works for reconsideration in this context. Both follow the material investigation of film she began in the early 2000s, subjecting celluloid to unlikely impositions such as pickle juice or lipstick, and transferring the film to video for presentation. Her lengthy titles provide a description of the process and context, often with a measure of absurd literalism. In Skinnydipping Carbon Beach Malibu Film – In Front of David Geffen‘s House… (2008), documents the artist and a group of female friends on a public beach for which the music mogul attempted to make inaccessible. Skinnydipping on this land, and making a film of it, is both humorous and politically pointed; the title of the film makes the transgressive act explicit, though the treatment of the film renders the document mostly abstract. Rainbow Party on 70MM Film (2008) takes its name from an activity from teenage sex parties, quite possibly an urban legend, with West and three of her former students applying lipstick and bite marks to clear 70MM film leader. In their investigation of gender roles and conspicuous consumption, West’s films echo some of the concerns of Nancy Buchanan, while also expanding upon a lineage of materialist and hand-altered filmmaking.

About how we are in time and space: Annotations
In tandem with the exhibition how we are in time and space: Nancy Buchanan, Marcia Hafif, Barbara T. Smith, a number of artists and arts organizations have been invited to annotate or respond to one or more specific works in this exhibition, resulting in new artworks, performances, screenings, talks, and other events. This program will favor annotation over remaking of historic works, initiating a dialogue with the primary exhibition, its artists, and its rich materiality, expanding these connections outward in time and space. Events will take place at various sites over the course of the exhibition.