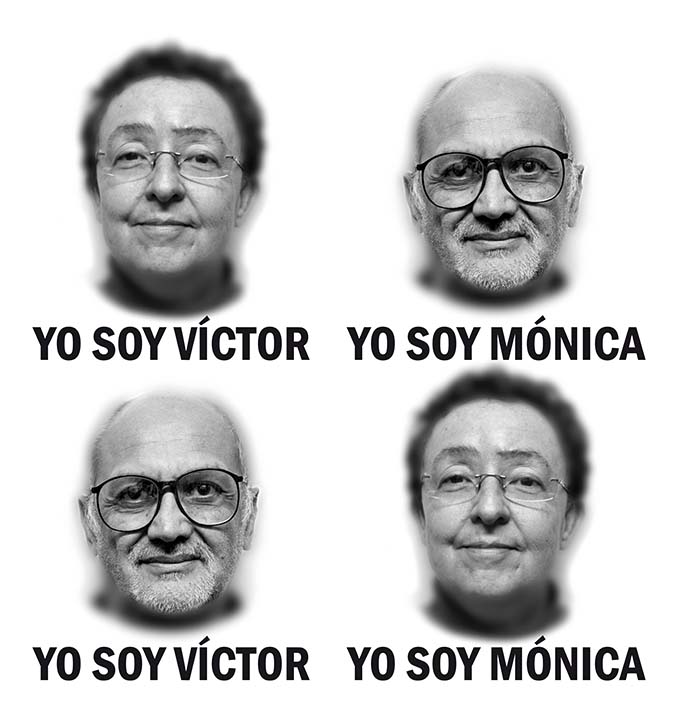 Pinto mi Raya (“to draw the line”) is a multi-disciplinary art project founded by Mexico City-based artists Mónica Mayer and Victor Lerma to “lubricate the Mexican Art System.” It began as an artist-run gallery in 1989, at a time when both galleries and museums were particularly closed to non-traditional forms of art. It became a digital art editorial project in the early 1990s, producing portfolios like Mimesis, Aquerotipo, and EMPA. From its inception, Pinto mi Raya has also served as a platform from which Mayer and Lerma produce performances that deal with different aspects of the art system, such as the relationship between curators and critics with artists, or the need to document and archive ephemeral contemporary art. At points in its life Pinto mi Raya has also transformed into radio and television programs, and now serves as a home for an array of workshops and educational projects on performance art, feminist art, and activism.

The Pinto mi Raya archive has been a central aspect of the project. In addition to their own documents and collection of catalogues about and invitations to exhibitions of Mexican art, Mayer and Lerma have, since 1991, collected the art criticism, reviews, and news published in major local newspapers. The archive now totals approximately 300,000 documents. In 2011, to celebrate their 20th anniversary, Mayer and Lerma put together Archivo Activo, a compilation of nearly 11,000 articles divided into themes such as women artists, performance art, political art, architecture, installation, artist-run spaces, art and education, and digital art. This comprehensive project was donated to several Mexican universities and museums; along with the donation Mayer and Lerma have been giving workshops and lectures on art and archive, and archive and gender.

This exhibition features a selection of the archive’s documents that focuses on a series of very personal performances Mayer and Lerma have presented since 1980, on their wedding day, and are based on their personal and art-making relationship. This section of the archive was selected for the exhibition because their wedding invitation was printed on the same letterpress equipment that is now housed and used daily at the Armory. The equipment once comprised the Women’s Graphic Center at the Woman’s Building, a press that supported the beginning of so many artists’ and designers’ creative work. When the Woman’s Building closed in 1991 the equipment was donated to the Armory.


This residency and exhibition are supported by the City of Los Angeles Cultural Affairs Department.