Below the Underground: Renegade Art and Action in 1990s Mexico 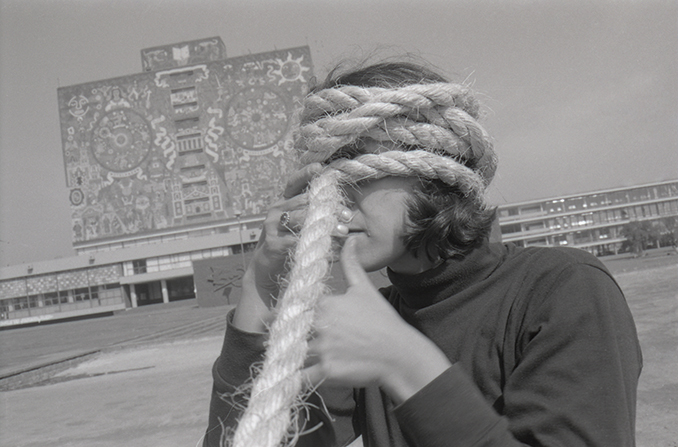 This exhibition examines diverse independent artist initiatives – including ad hoc street performances and interventions, clubs, collaboratively produced ‘zines, archives and collections, pirate radio programs, and more. The project also references pronounced divisions of class, race, and gender, with art objects themselves the tangible outcomes of many different conditions of creating, living, and experimenting within the same place. A related publication complements the exhibition with content such as interviews, texts, and images generated through the deep research process, which has unfolded over the past four years.

• A Dream of a Latin America
(LA Daily News)

• Learning from LA/LA
(Art in America)

• Shows in LA (Art in America)

This exhibition is part of Pacific Standard Time: LA/LA, a far-reaching and ambitious exploration of Latin American and Latino art in dialogue with Los Angeles, taking place from September 2017 through January 2018 at more than 70 cultural institutions across Southern California. Pacific Standard Time is an initiative of the Getty. The presenting sponsor is Bank of America.

Major support for Below the Underground: Renegade Art and Action in 1990s Mexico is provided through grants from the Getty Foundation.

Additional support is provided by the Jumex Foundation, the Mexican Chamber of Commerce, and the Consulate General of Mexico in Los Angeles.